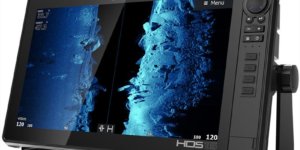 Whoever imagined a time when sonar could stream live images of fish? Who dreamed you could use your chart plotter to start miniature unmanned aircraft to film fishing activity? And who could predict the use of augmented reality for safer navigation to and from the fishing areas?  Whether you envisioned these inventions or not, this cool marine technology is already here.